I’ve used those quite a lot on this past year and it seems we will continue in the ones to come. 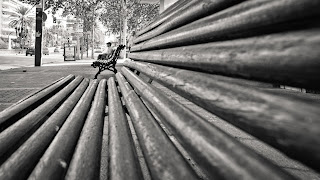 I have been contacted by one of you (my internet friends) and asked if I think it’s possible to create custom length elbows and use it with Tube and Pipe.

Apparently his company has open a support case with Autodesk and after a thorough investigation they were told it’s not possible and to continue constraining the fittings, one after the other just as they do now.

The biggest challenge is to create an elbow with custom angle and where the user is prompted to specify a length for the entry, exit legs (straight section of the elbow).

Most important phase in the design process is to get the user requirements right and I have failed that from the beginning but I’ll blame the language barrier and the different time zones.

All the companies I know buy 90deg elbows and they bend them to required angle because it’s cheaper this way. My initial impression was that they use 90deg elbows as well but they cut the legs at an angle (slope angle) rather than bending the elbow.

Some good info emerged out of this and that’s why I decided to mention it. So keep it in the back of your mind in case you ever need to do something similar.

There are a couple of methods to cut the legs back but some will give you errors down the line.

Do not control the leg lengths by editing the sweep path because when removing the leg altogether (max cut) you will get errors on generating other members with 0 length legs.

Do not author the part by using the leg face because that will fail. I will fail when you cut the face to an angle (the face is not circular anymore) and it will fail if you remove the straight leg completely, (face not existing anymore).

Instead create sketch points and work points for your authoring connection setup.

While the elbow is 90deg the connection needs to be picked up as different angle, that is a must for self draining lines or you will not be able to select the fitting in the TP Style Setup dialog window.

For that you need to create custom work axes but that’s easy if you create some construction lines in the sweep sketch. Check out my blog on authoring empty parts here.

Because I wanted the users to have a minimum, maximum allowable distance and a 1mm increment (keep it nice and tidy) I have setup custom cells for my ipart table and that was a big waste of time.

Do not create custom range cells or columns in the ipart table; they have no effect once published to content center. Instead publish it as it stands and alter the content center family table.

Now that we got that out of the way I will show you what my friend really wanted and how to create a proper custom length elbow to be used for tube and pipe self draining lines but that in the next blog.

Here is the test elbow (the wrong one) in case you are looking for inspiration or just want to test it out.