Ever had ghosts showing up inside Inventor? I don't mean, dead people but parts that have been deleted, promoted-demoted, moved, rotated or constrained in a different place and yet when you spin, pan the assembly you see a silhouette shape of the component still hanging around?

Well... that's an easy fix. Just hit Rebuild All (RE on my keyboard) on the Update Panel / Mange tab.

Ghosts I have and ready to accept but artifacts I don’t like and I will not accept unfortunately I had some the other day and they are usually predicting something going bad with the video card. I had two video cards going dead on separate laptops from both main manufacturers ATI (now AMD) and Nvidia (now Intel).

Artifacts look like a puzzle on the screen with random blocks of grey pixels, discontinued faces or scrambled content, like text from a different galaxy in on an old sci-fi movie. 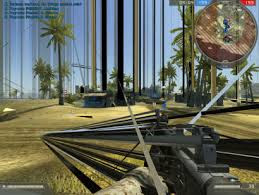 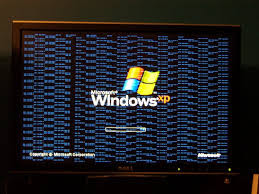 The one I had just last week was in AutoCAD and (finger crossed) it's just a glitch and nothing bad will come out of it for it’s an expensive card and to service the workstation will take longer than passing a bill in congress.
If you start having problems with Inventor, like seeing artifacts, graphics not responding, and jerky movements than the video card might be the issue and it might be older than you are willing to admit. You could try and update the video driver and if you already have the latest you can also try and install the certified version if you have an expensive enough video card for which certified drivers are usually done.
If the problem still persists then there is a quick test you can do to verify if it’s time to ditch the card and get a new one (or a whole computer for that matter).

In you Application Options you can switch the Graphic Settings to Software Graphics and see if that fixes it.

Click on Tools / Application Options / Hardware tab and select Software Graphics. If the problem is no more then you have the answer to your problem.

TIP: Software Graphics should never be used as your main video settings; it’s only meant to test and troubleshoot video card issues.


Quick and dirty fix if the card is dying, is to bake it (search online how to), either yourself or take it a specialist with a heat gun. An even better fix is to do a re-balling which is a better temperature controlled melting of the contactors inside the video chip to get them back into their slots. I have done them both and forced the fan to always on and on high speed but unfortunately the laptops died again.


I hope you never run into these kind of problems but it’s good to know how to test it out.

Later,
ADS
photo credit: Where you gonna park? (license)
Posted by ADS at 21:40