Continuing on tube and pipe tutorial from last week we are going to discuss the styles, and parameters that I like to have before doing any routes.
So you’ve started the tube and pipe assembly, maybe you gave it a name to detail it on a separate drawing, maybe not, because you are detailing it on the main assembly drawing. You have constrained the tube and pipe assembly flush on the origin of your main assembly and hopefully you have constrained the runs as well, just to make sure they can’t be dragged by mistake.
Once inside the route I like to project (include) the run planes and set them to auto-resize just in case I need some references for constraining my route. You want to use as little as possible any references that might change, making you re-dimension, re-constrain your route. If I can’t fully constrain my route by itself I sometimes use the included planes of the runs to lock it in place trying to keep it local. Sometimes no matter how many constrains you add, the route will not change colour, will not become fully constrained. If you drag the sketch from various nodes and it's not moving then leave it, it might never get fully constrained. 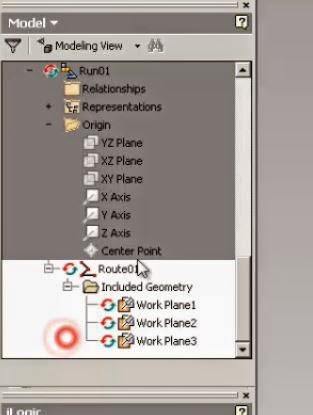 Now you need to look into the styles of pipe and fittings you want to use for your route. I don’t have any styles in the default template “piping runs.iam” located in the design data folder. This way I don’t need to worry about migrating my template when a new version of Inventor ships in. I had a lot of tube and pipe assemblies crash on me so this will ensure the template stays correct. I do however have preset styles that I import for each new type of pipes and runs. I have a style for ABS, PP, SS, PVDF, PVDF-HP, and so on. Each xml export has all the sizes available for that style, so I don’t have to import 1” and 2” ABS, all the possible sizes for ABS are imported all at once. 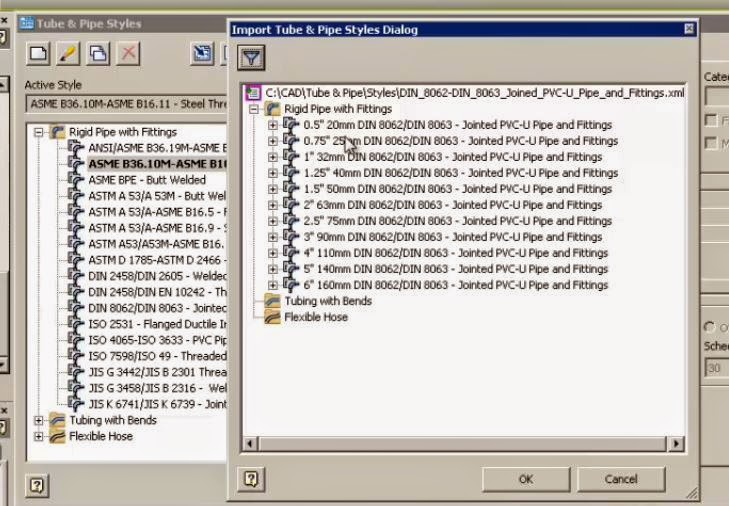 I need to specify that the pipe length and increment in each of my styles have a really small value like 0.001 so that I can have consecutive fittings at different angles one after the other. This helps with fittings that have an exact engagement like “to point / plane”. The engagement percent takes into account the pipe length increment. The bigger the value, the more you will end up with gaps to compensate between pipe length (min+increments) and distance between nodes (fittings) which might not be divisible by the pipe lengths and its increments. 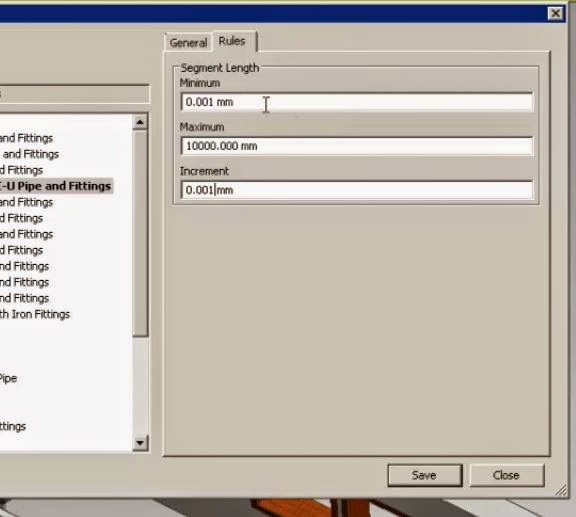 Till next week...
Adrian.